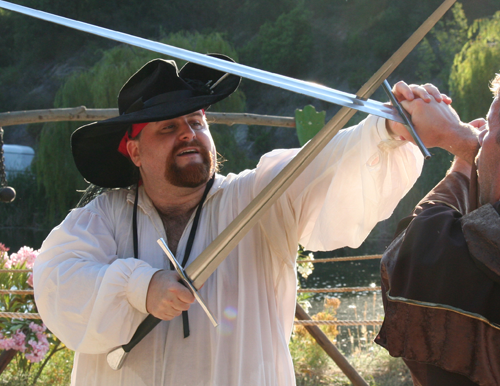 The Kirkley family recieved a knighthood during the 13th century. Unfortunately for Michael, he is about 46th in line for the title and does not expect to hold the title or arms at any time in his life. He has in fact plied the trade of a mercenary all about Europe. He first met some of the members of St. Michaels while working as the master of arms aboard Captian Rachelle’s ship, the Golden Killioch.

While not as skilled as some of the guild members with the Rapier he is skilled in a broad variety of weapons and even with his bare hands. Combining this with his experience on the field of battle he is more often used by the guild as an advisor when dealing with battlefield policies and tactics.