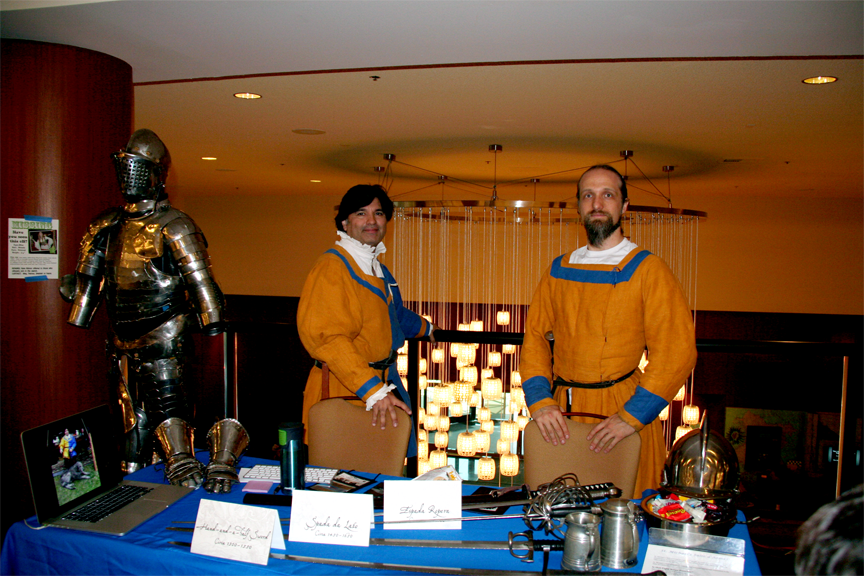 St. Michael’s Salle d’Armes is a European Martial Arts reenactment group dedicated to historical swordplay and educational outreach. We attempt to re-create combat based on fencing manuals and treatises of the period, drawing on the scholarly work done by numerous researchers in the rapidly-expanding Historical European Martial Arts community and on our practical martial arts experience.

We attend many Renaissance Fairs and other events where we actively engage the public by giving free lessons, presenting informational discussions of the arms and armor of the time, and fencing to exhaustion to entertain and most importantly educate the public as to the martial aspects of swordplay that are woefully lost in most theatrical and entertainment venues. We also organize tournaments, bringing together fencers from numerous clubs and schools. St. Michael’s Salle d’Armes was founded in 2004, and most of our members have at least 10 years of fencing experience. Several of our members and associates are professionally trained fencing instructors, including two certified Masters at Arms from the San Jose State Fencing Masters Program.

St. Michael’s Salle d’Armes is a recognized 501(c)(3) nonprofit educational corporation in the State of California.