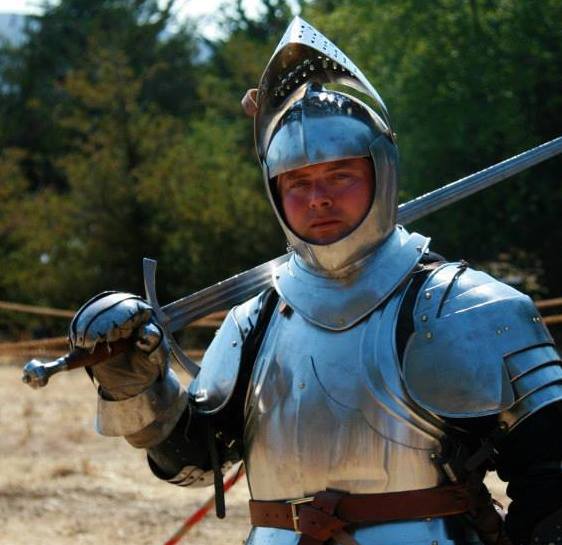 Friderich von Urslingen is the son of Nikolo von Urslingen of the duchy of Spoleto. Friderich dedicated his life to traveling and learning the art of fencing from various masters across the lands. He is known as the “Keeper of the Iron Gate”.  His father was a knight trained by the fencing master Fiore dei Liberi and Friderich wanted to take after his father and learn as much of the art of arms as he could and eventually became a fencing master himself.